The Linden Project
Click to Donate now!
Donate now through BCSF. Make sure to note "Linden Project" in the special instruction area!

A letter from the Designer

Hitchcock Design Group is thrilled to be part of re-envisioning the playground at CSA Lincoln. I personally attended kindergarten at the school in the early 70’s, and I’ve become familiar with its history through my involvement with the Visitors Center and Columbus Indiana Architectural Archives.

As one of the key buildings on the architectural tour and located along 5th street, this project presented a number of unique challenges. The playground needed to be integrated into the site while supporting the historic design of the building and meeting the modern requirements of the school and neighborhood, which have changed since the building was originally constructed. Also the school wished to retain much of the existing play structure and maintain vehicular access through the playground area to allow for safe student pick-up and drop-off.

While researching the project, we discovered that a design for the playground had been completed in 1966 but for unknown reasons was never constructed. The original design created a series of circular outdoor rooms that provided different play opportunities. We used this original concept as the basis for the new playground design. This allowed us to create active and passive play and learning areas throughout the site. The playground also incorporates site elements such as benches and a climbing structure that are in keeping with the architectural style of the building.

This project is an example of how the structures and public spaces that were designed as part of the Columbus Architectural Program can be re- envisioned and continue to serve the community.

We hope, that when completed, the new playground at CSA Lincoln will provide the students and children from the surrounding neighborhood a safe place to come together to learn, play and enjoy! 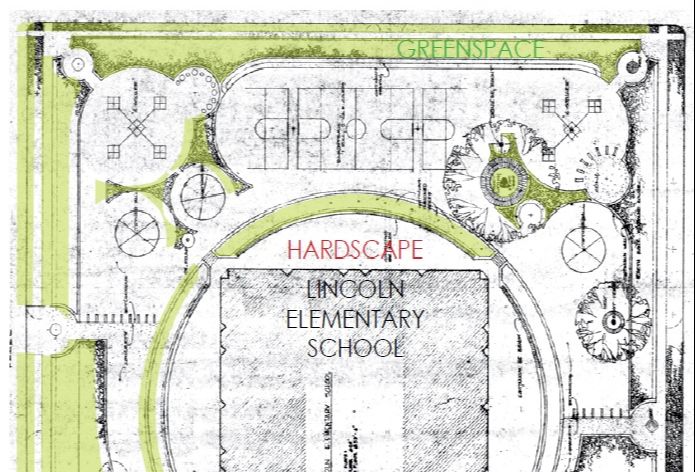 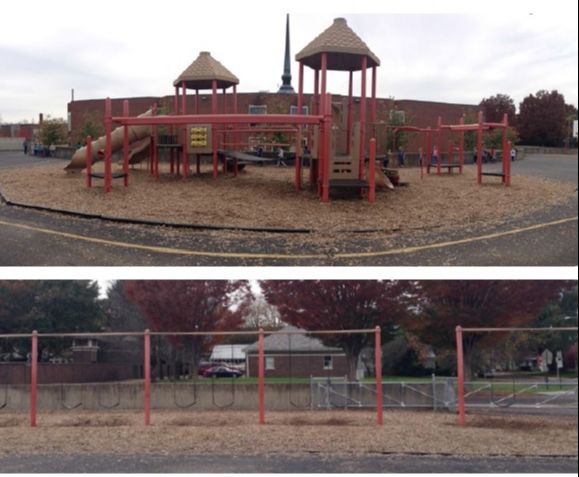 What Is Being Built? 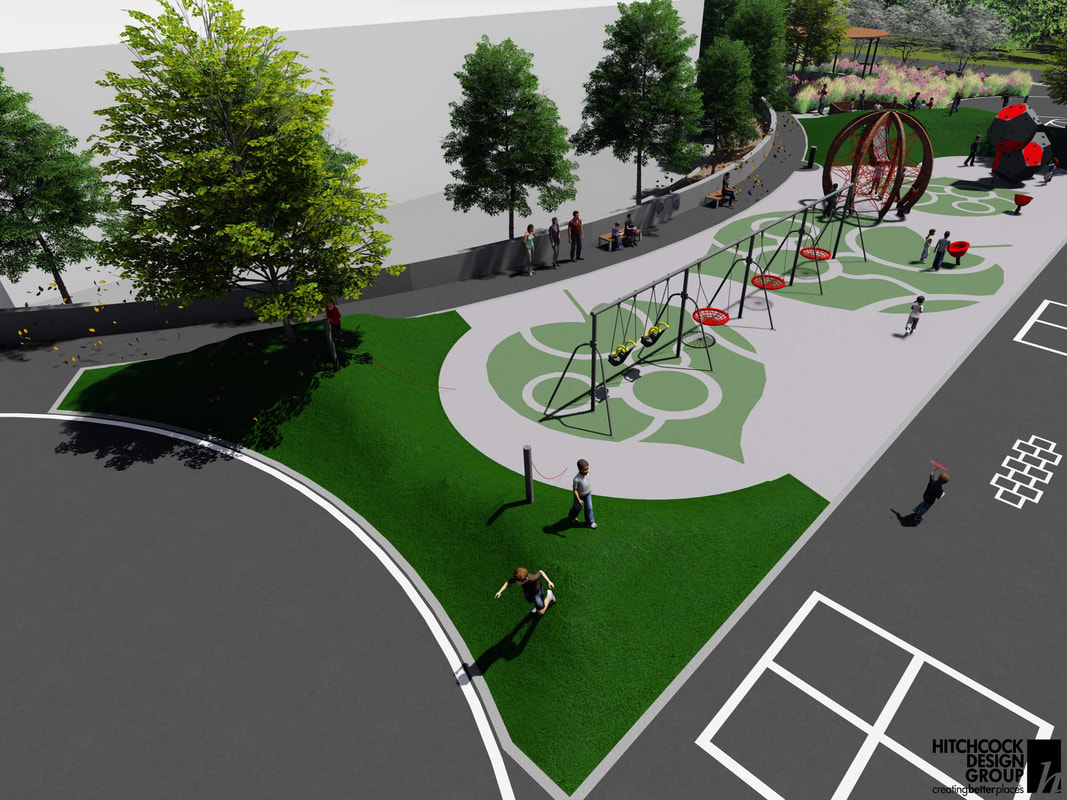 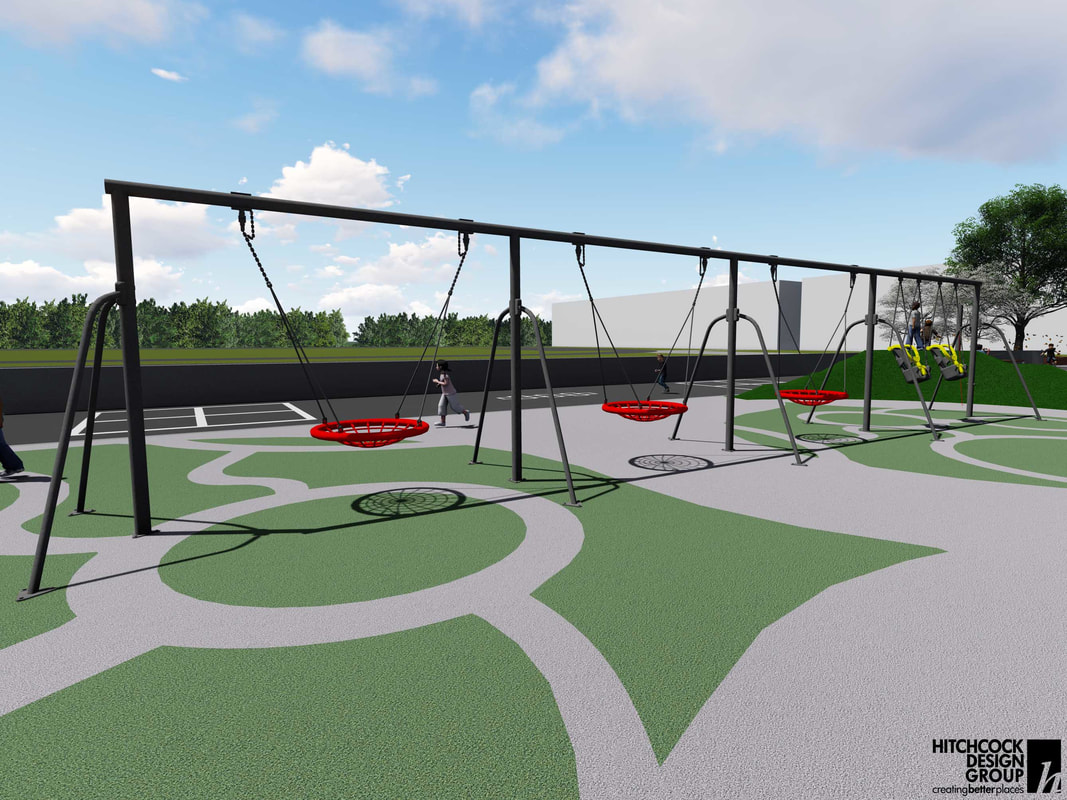 SWING SET
Single swings will be replaced by basket style swings that accommodate several children at once and promote cooperative play. Two ADA compliant swings will also be added to the swing set.

BASKETBALL
Existing basketball goals will be relocated and lines for a half court will be drawn on resurfaced asphalt.

KICKBALL
A large space separated from the other play areas for kickball and new benches.

SIDEWALK GAMES
The existing drive will be resurfaced and painted with lines for four square and hopscotch. This will provide usable space and activities for when vehicles are not picking up and dropping off students. 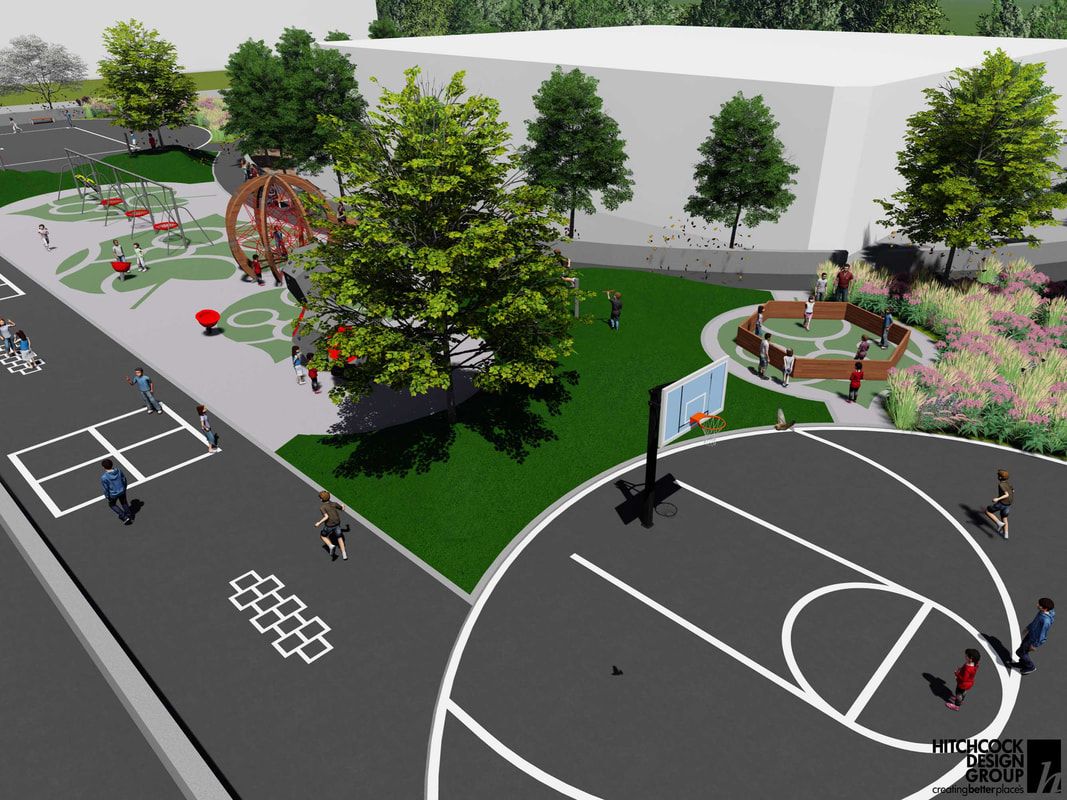 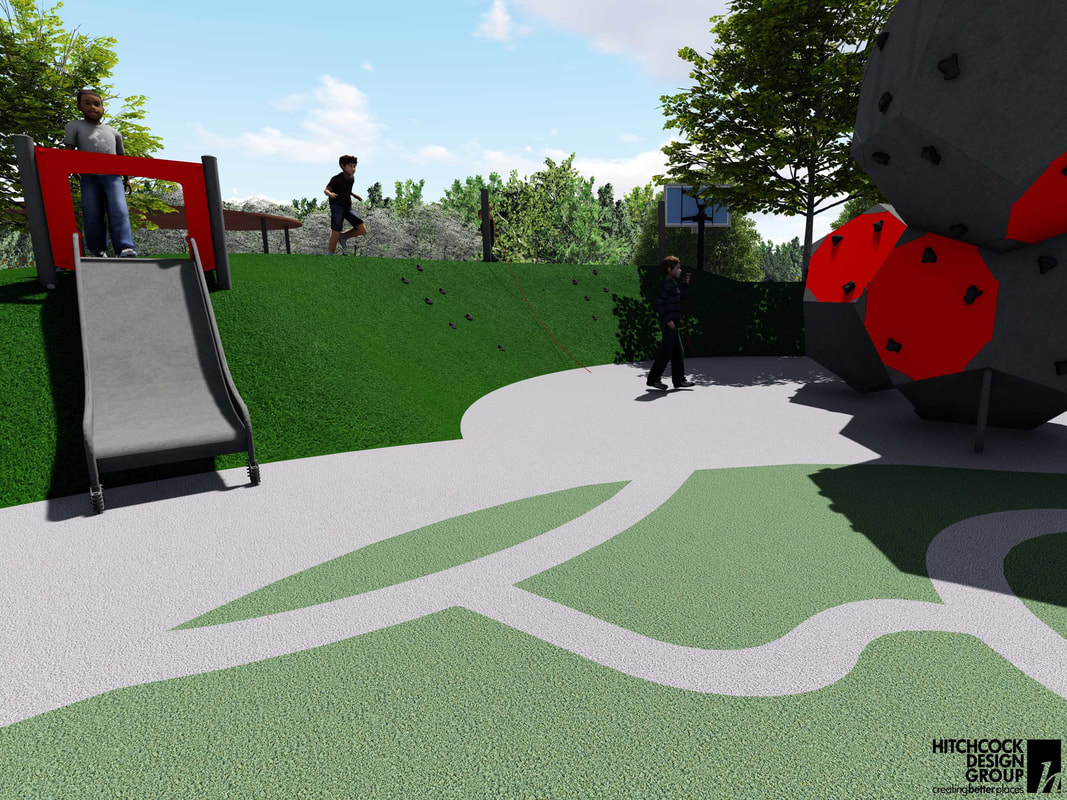 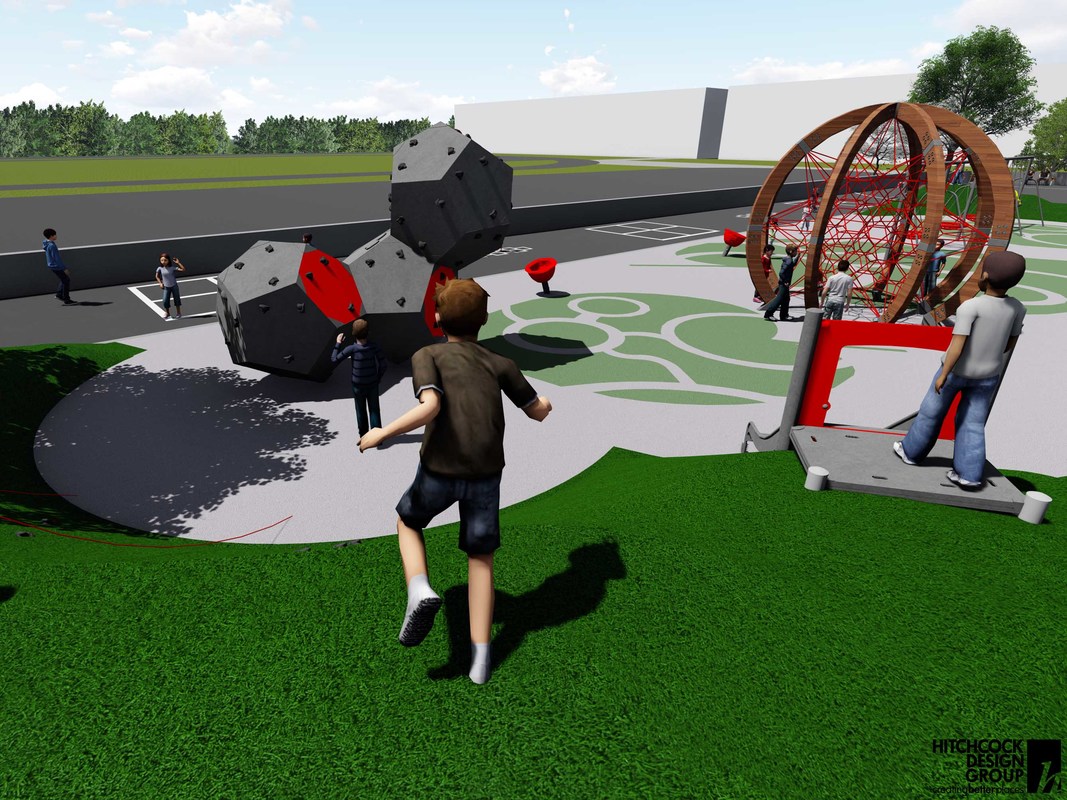 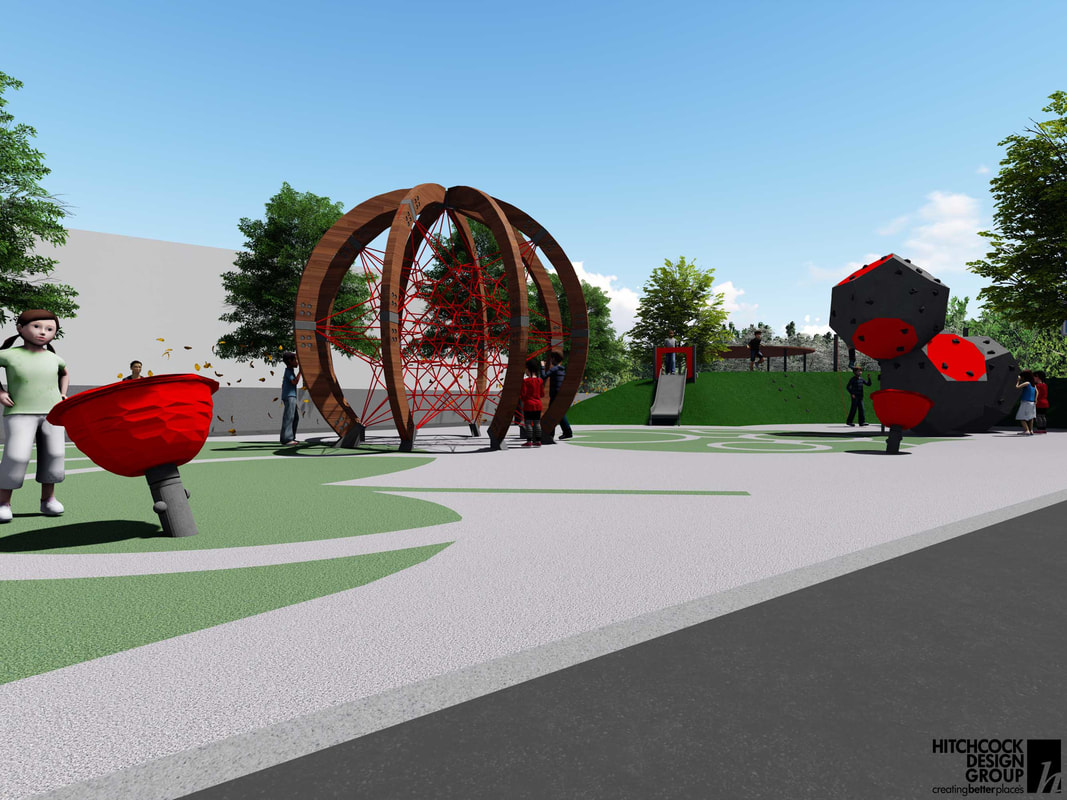 THE GLOBE
The Joe Brown Globe is a unique wooden climbing structure that will add an extra element of contemporary design to the space which aligns the campus with Columbus' renowned aesthetic. 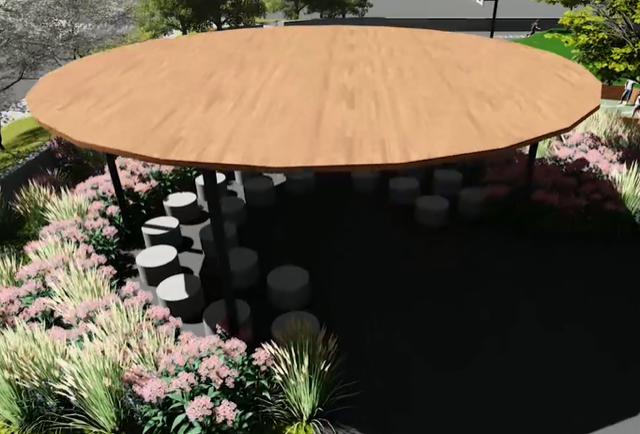 OUTDOOR CLASSROOM
Landscaped beds create a sheltered space for outdoor classes of 25 or for students to sit and talk at recess. Wooden canopy will provide cover from the sun.This space could also serve as an area for rest area for adults and babies as they watch older children at play and a great community meeting space. 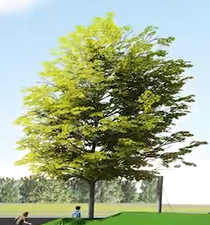 LANDSCAPING
New plantings and berms will be installed to separate play areas from each other. Which means no more being in the kick ball game if you just want to use the slide...